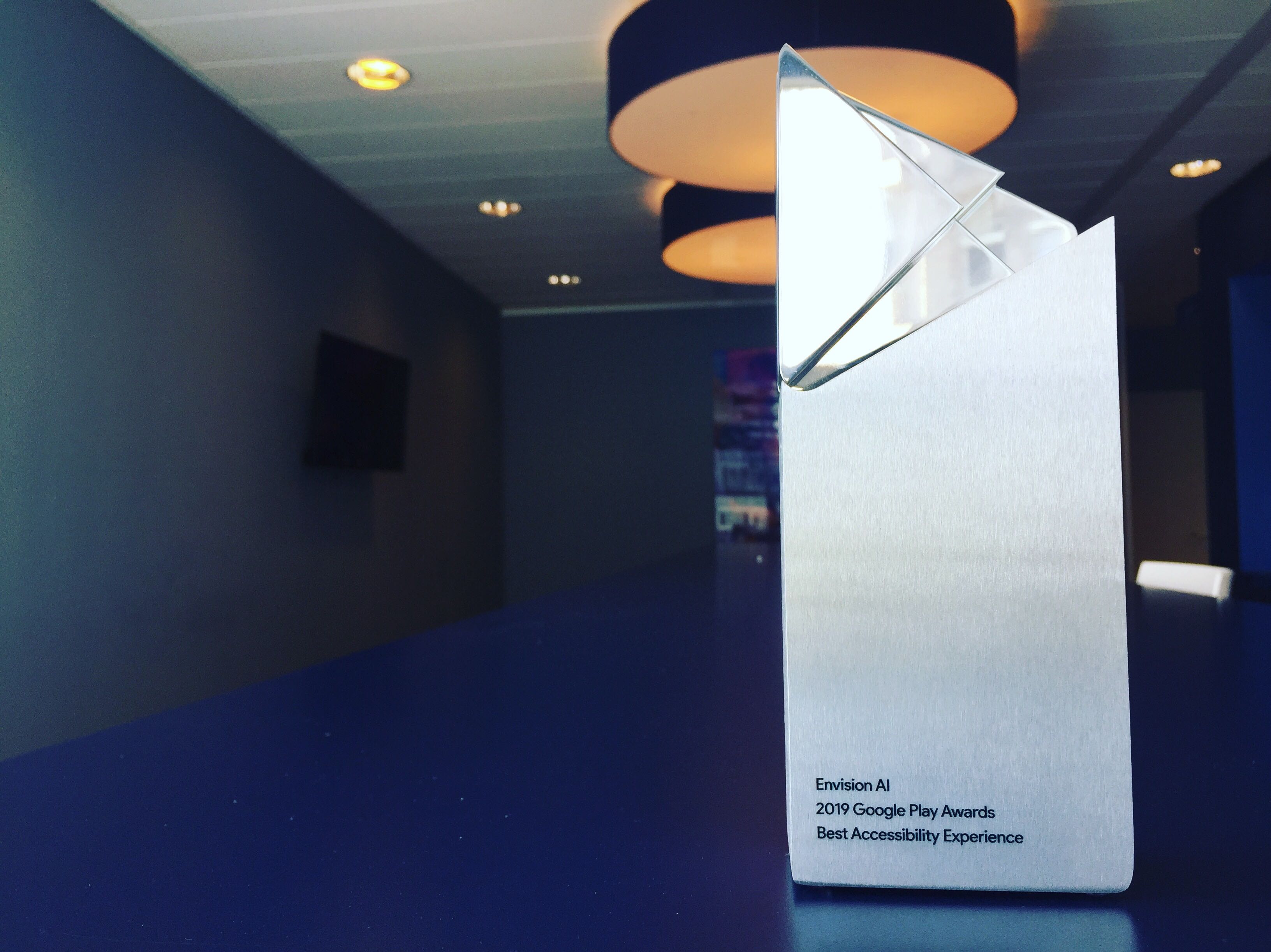 During their 12th Annual event called Google I/O, the winners of the Google Play Awards were announced. These annual awards were presented to apps “that rose to the top for providing the best experiences for fans, making an impact on their communities and raising the bar for quality content on Google Play.” Within the app developer community, the Google Play Award is often referred to as the Oscars for apps.

Envision had the privilege of being nominated in the category of Best Accessibility Experience. This nomination was a recognition of the way Envision is “enabling device interaction in an innovative way that serve people with disabilities or special needs.” Other nominees across diverse categories included from popular apps like Notion and Canva to games like Asphalt and MARVEL Strike Force.

Envision is a mobile app that empowers blind and low vision people to be independent, by speaking out the visual world in front of them. It helps the visually impaired read texts, recognise faces, find objects and so much more, all on their own. It is the best all-in-one tool in the pocket of blind or low vision users for all of their visual recognition tasks. The small team behind Envision has been diligently working on developing these tools from their office in The Hague. Hence, this recognition of their work from the highest authority in the field is beyond encouraging and motivating.

On May 6th, the results were announced at the event held in Mountain View, California where all the nominees were invited to attend. It was the most exhilarating moment for the Envision team, as the presenter announced “And the winner is...Envision!”

As the moment of exhilaration has settled in, we feel immense gratitude for everyone who has been supportive of us from day one. The early believers include all people who joined the Envision team, the mentors at YES! Delft, our investors at 4impact. We are also really grateful to the Dutch startup ecosystem that has been very supportive to our mission from the very beginning.

Our utmost gratitude, however, goes to our users. They have been instrumental in providing us feedback right from our early beta days and have kept motivating us with their inspiring stories. Hence, this Google Play Award is definitely a great honour and recognition, however, our true reward is and will always be the support of our encouraging and loving users. This is one is for you. Thank you! 🙏

You can find more information about the event and Envision in our press kit.

This blog post was brought to you by Envision and its team. Envision is an intelligent tool that speaks out the visual world for the blind and low-vision users. It combines the best of assistive technology and artificial intelligence to bring the experience of independence to the visually impaired.
Order Envision GlassesDownload for iOSDownload for Android